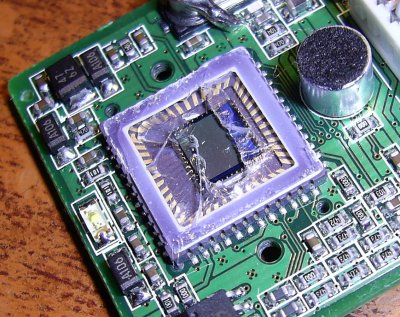 After some interesting messages in CDV700Club, I decided to do a quick experiment with a spare webcam. Is it possible to detect alphas with a DRAM memory? What about other devices?

Alpha particles does not have too much range, maybe up to 5cm in air, and almost anything can stop them, so the first thing you must to do if you want to detect alphas is to allow them to reach the silicon. In other words, you must to remove the glass in front of the sensor.

I had a spare webcam I could sacrifice for the experiment. I planned to remove the front glass by side impact, but as you can see, something did not work as expected. The glass got broken just in front of the light sensitive area and some small pieces of glass were deposited over the chip itself. To check if the device was damaged, I plugged it into the computer and surprise! The camera was still alive: 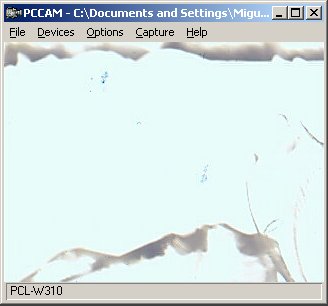 The next step was to check the camera in darkness. Everything was ok, except some damaged pixels: 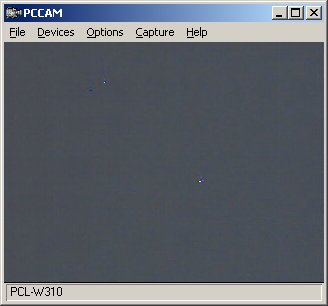 So, the next step was to put in front of the sensor an alpha source. Results were quite evident: 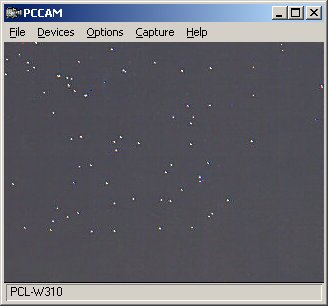 Each white point in the image is the detection of one alpha particle, and you can see dozens of them in any photogram. To get an idea of how it looks in real time, look at this video:


After some tests, I conclude the webcam detects only alpha particles. It does not respond to betas or gammas, only alphas, and maybe some exotic particles, like muons from cosmic rays.

So, do you like to build your own alpha particle detector? Get a cheap webcam (CMOS or CCD, they both work fine), disassemble it and remove carefully the front glass from the sensor. How? Well, use your imagination, but maybe some work with a Dremel will suffice. Do not damage the chip! just remove the front glass.